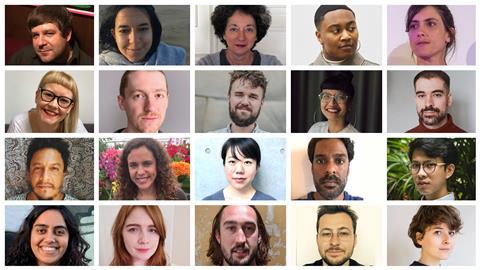 UK non-fiction event Sheffield Doc/Fest has appointed the artistic team that will curate its 2021 hybrid event, including a five-person film programming team.

The 28th edition of the event will run from June 4-13 both online and in Sheffield, providing Covid-19 distancing measures allow at that date.

Lansiquot has been a leading member of arts collective sorryyoufeeluncomfortable since its inception in 2014, and has curated film programmes for the Institute of Contemporary Arts, Scottish Queer International Film Festival and Berwick Film & Media Arts Festival, as well as acting as programme advisor for the BFI London Film Festival Experimenta strand in 2019.

Allan holds a Masters degree in documentary film directing from the DocNomads film school, which moves between Lisbon, Budapest and Brussels; and is currently a researcher with the Collective Practices Post-Master at the Royal Institute of Art, Stockholm.

Suri, Euler and Jones will also programme a previously-announced new strand called Northern Focus, showcasing work by filmmakers from the North of England.

The Arts Programme will be curated by Herb Shellenberger, with Morocco-based researcher Soukaina Aboulaoula curating the virtual exhibition section.

“We want to support the makers that have seen their work challenged by unprecedented circumstances – socially, politically, spiritually,” said a Doc/Fest statement.

The Doc/Fest film programme is open for entries until February 8, with the arts programme open until March 1.