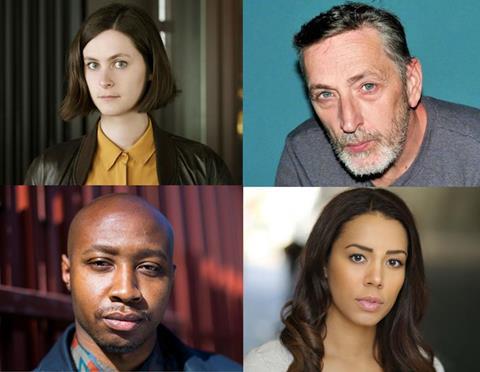 The BBC has declared its commitment to being the “primary incubator of story-telling talent in the UK” by commissioning a quartet of first-time TV writers, along with another Sally Rooney adaptation.

Drama controller Piers Wenger revealed a single film adaptation of Kit de Waal’s My Name Is Leon written by The Last Tree director Shola Amoo, revolving around a mixed-race boy growing up in 1980s Britain. It is directed by Kibwe Tavares (a Screen Star of Tomorrow in 2012) and is being produced by Lenny Henry’s Endemol-backed indie Douglas Road.

There is also The Responder (Dancing Ledge), a BBC2 crime drama starring Martin Freeman from ex-police-officer-turned writer Tony Schumacher, which delves into a series of six night shifts on the beat in Liverpool.

Finally, BBC3 has ordered a Fleabag-esque 6 x 45-minute drama from playwright Nicôle Lecky, a version of her one-woman Royal Court show for which she will also play the lead. Superhoe (Bonafide Films) spotlights protagonist Sasha Clayton’s ambitions of being a rapper, while in reality she spends most of her time in her bedroom smoking weed and stalking her ex-boyfriend on Instagram.

“These four brilliant and varied pieces are written by someone who is new to television writing. It might sound risky, but backing new talent is normal and natural to us.”

Normal People director Lenny Abrahamson will also direct Conversations With Friends, which is about two best friends from college who develop a strange and unexpected connection with a married couple.

Wenger said the BBC will “plunder Sally’s literary canon for as long as she is writing”.