Shoot underway on Fox Searchlight's A. A. Milne biopic

First look at Domnhall Gleeson and Margot Robbie in biopic which has begun shoot in Oxfordshire. 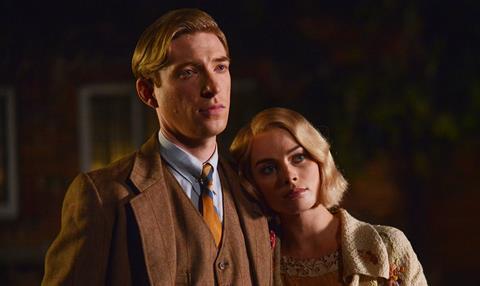 Fox Searchlight has begun principal photography on its biopic of English author and Winnie-The-Pooh creator A. A. Milne.

Domnhall Gleeson (The Revenant) and Margot Robbie (The Wolf Of Wall Street) lead cast in the currently untitiled project, alongside Kelly Macdonald (Boardwalk Empire) and newcomer Will Tilston as Milne’s son Christopher Robin.

The shoot will take place on location in Oxfordshire, Surrey, East Sussex and London.

The film will follow the life of author A. A. Milne and his son, who was the inspiration for the world of Winnie the Pooh.

Simon Curtis (My Week With Marilyn) is directing from a script by Frank Cottrell Boyce (War And Peace), based on a screenplay by Simon Vaughan.

The project, first announced by Screen at Cannes in 2013, continues Jones’s long term collaboration with Searchlight and is part of his first look deal.