The original companies will continue to release film and TV projects under their respective labels. 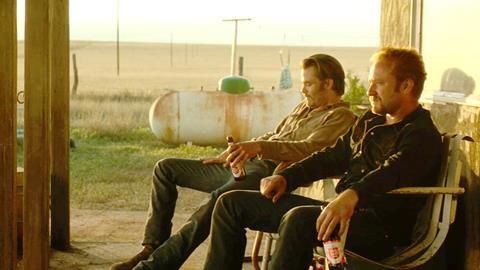 Backed by what representatives called “substantial equity investment” from China Cultural And Entertainment Fund (CCEF), the parties have merged to create a film and TV producer-financier.

SK Global will control the combined libraries of both companies including all current productions, comprising more than 75 features.

These include Hell Or High Water, The Place Beyond The Pines, The Age Of Adaline, United 93, Adventureland, Lars And The Real Girl, In The Bedroom, Swimfan, A Prairie Home Companion, among others.

Several films in the library are being earmarked as possible local-language film and television remakes.

SKE and Ivanhoe began collaborating on a slate of local-language productions after Penotti introduced Kimmel and Friedland in 2015.

“Our recent collaborations have been immensely successful,” said Kimmel and Friedland. “Putting our respective operations under a larger tent has been an organic process. A unified SK Global gives us the strengthened operations and assets to grow our individual and collective businesses, and to expand the scope and creation of our international content.

“Initially, we have focused on the United States and Asian markets, but soon we will announce projects in Europe and Latin America where we are actively developing and financing a diverse slate of film and TV projects that will be the subject of forthcoming announcements.

“Ms. Yang Liu and her team’s extensive financial and strategic operations in China and Greater Asia afford our new venture a crucial advantage in building new associations and partnerships throughout Asia. We are proud to welcome them to our team.”

Yang Liu said: “We are equally excited to be partnering with Mr. Kimmel, Mr. Friedland, Mr. Penotti and SK Global’s prominent team. We believe the new venture will have a prosperous future in China and our strategic alliance is valuable to the increasingly interconnected China and US film markets.”

Penotti added: “They have been adventurous and successful in their film enterprises as well, and saw the opportunity and security to be achieved by combining their premier assets and interests under one banner. As the parent entity, SK Global will be the engine for our expansion as we grow the individual businesses of financing and producing film and television for rapidly growing markets.

“SKE and Ivanhoe each have a distinct identity and brand in their respective markets. SKE with original English-language film for domestic and key international territories and Ivanhoe with its industry-leading, independent local-language film and television operations. We are aggressively working on an ambitious slate of projects for both labels under our new parent-company structure.”

Gartner, Michael Hogan and Brian Kornreich and law firm Gibson Dunn negotiated the merger with Dong and law firm Loeb and Loeb for CCEF, and Cozen O’Connor and its CFO Richard Lewis for SKE.

The Wailing, Ivanhoe’s recent Korean collaboration with Fox International Pictures, grossed $50m in South Korea. Hindi thriller The Ghoul produced by Ivanhoe, Blumhouse Productions and Phantom Films is in post, as is the Mandarin film My Other Home in partnership with Beijing’s Hairun Media.

Crazy Rich Asians is being produced with Color Force’s Nina Jacobson and Brad Simpson and is set up at Warner Bros. Jon Chu is scheduled to begin shooting this spring and Constance Wu stars.