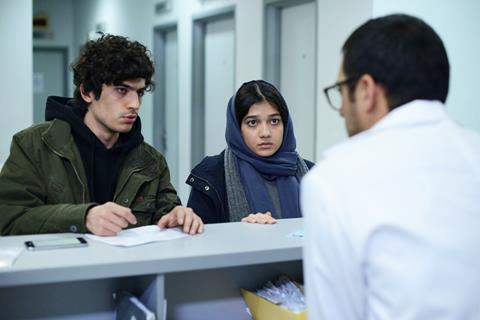 As previously announced, the festival will open with Chinese director Vivian Qu’s Angels Wear White, which recently competed in Venice. Three films will receive a gala showcase through the Special Presentation section - Anup Singh’s The Song Of Scorpions, The White Girl by Jenny Suen and Christopher Doyle and Atsuko Hirayanagi’s Oh Lucy!.

The Singapore Panorama will also celebrate the 15th anniversary of two iconic Singapore films, Jack Neo’s I Not Stupid and Talkingcock The Movie by Woo Yen Yen and Colin Goh.

Since 2016, SGIFF will commission a new short film to nurture up-and-coming Singapore filmmakers. Chiang Wei Liang, winner of SGIFF 2016’s best Singapore short film, is the second filmmaker selected for Festival Commission. His new short film Nyi Ma Lay which touches on the social issues of domestic workers will make its world premiere at the festival.

Both of them will give a masterclass. Other festival guests such as Kapur, Hong Kong filmmaker Clara Law, Hong Kong producer Philip Lee and various industry executives will also deliver talks at the festival.

Beyond film screenings, the festival is committed to educational initiatives as part of its vision to build filmmaking in Southeast Asia. In addition to the existing Southeast Asian Film Lab and the Youth Jury & Critics Programme, the inaugural Southeast Asian Producer’s Network will be launched this year. It will bring together 11 regional commissioners and producers to chart the future of collaborative filmmaking in the region. They include representatives from Astro Shaw, HBO Asia and Catchplay as well as producers Chan Pui Yin, Bianca Balbuena and Bernard Chauly.