Slamdance 2020 to open with ‘Film About A Father Who’ 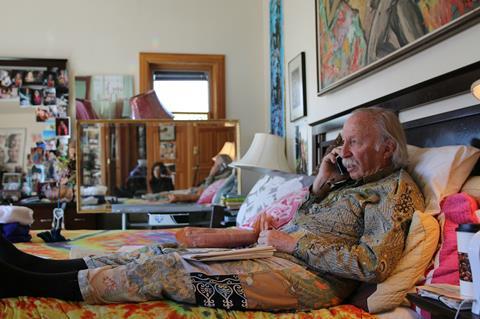 Film About A Father Who

Sachs shot her film about Ira Sachs Sr., a bon vivant and pioneering businessman from Utah, over 35 years from 1984 to 2019 using 8 and 16mm film, videotape and digital.

“It takes undeniable courage to discover and reveal shocking truths about one’s family,” said Slamdance festival manager Alina Solodnikova. “Lynne Sachs has done it with unique style, a dry sense of humour and honesty that captivates our programmers. A generation in the making, Film About A Father Who is pulling no punches. We couldn’t imagine a better film to open Slamdance 2020.”

The line-up includes the world premiere of Shoot To Marry, which joined the previously announced Breakouts section and is a documentary in which filmmaker Steve Markle trains his camera on interesting women with the hopes of meeting the love of his life.

Two Special Screenings added to the roster include Animation Outlaws, Kat Aliosh’s homage to Spike and Mike of Spike & Mike’s Festival of Animation; and the US premiere of Cannes 2019 entry Lillian from Andreas Horvath, which follows an emigrant stranded in New York City who decides to walk back to Russia.

Click here to see the shorts line-up announced on Wednesday, showcasing 81 films in six categories from 26 countries around the world.