Soda Pictures acquires Pantani: The Accidental Death Of A Cyclist for UK 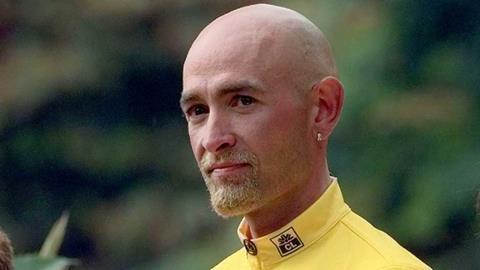 Documentary Pantani: The Accidental Death Of A Cyclist has been snapped up by Soda Pictures for UK theatrical distribution.

The feature doc tells the tragic story of Marco Pantani, one of Italy’s most infamous athletes.

Written and directed by James Erskine (From The Ashes, Battle of the Sexes), the doc is a New Black Films and Media Squared Films production, presented in association with 4Rights.

Soda Pictures will release in the UK and Ireland on May 16 and 4DVD will follow with the Home Entertainment release.

The film follows Pantani’s battle against addiction, set against the backdrop of the Alps during the Tour de France. He died aged 34 from apparent acute cocaine poisoning - just six years after winning both the Tour de
France and Giro d’Italia

Shot over two years in the French Alps, Italian Alps and Dolomites, in Cesenatico, Majorca, London, Sheffield and Rome, and the places of Pantani’s greatest victories, the film carefully pieces together Pantani’s history with interviews and archive footage.

Contributors include Sir Bradley Wiggins, Evgeni Berzin, Greg LeMond and Piotr Ugrumov as well as those closest to Pantani. The film is inspired by the book by Matt Rendell, The Death of Marco Pantani: A Biography.

Erskine serves as producer alongside Victoria Gregory (Senna, Man on Wire). Executive production duties are being handled by Dominic Schreiber at Channel 4 and Robert Jolliffe at Goldcrest Capital.