News of the first major studio departure of the year came on Friday as Sony’s corporate executive officer and CEO of Sony Entertainment announced his exit. 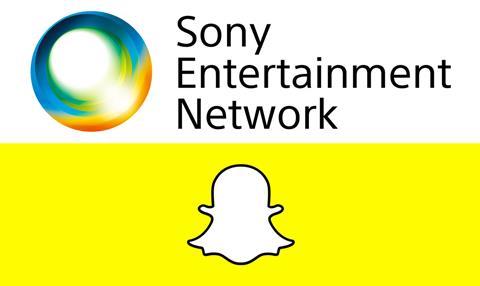 Lynton will officially step down on February 2 as he prepares to become chairman of Snap Inc, owner of Snapchat, the social media platform in which he has been an early investor.

The executive, who has served 13 years at Sony and oversaw the studio as it took a battering during the 2014 hacking scandal, will stay on at the studio for six months to ensure a smooth transition, serving as co-CEO of Sony Entertainment, overseeing the film and music businesses, and as CEO of Sony Pictures Entertainment and Sony Corporation of America.

Lynton will work with Sony Corporation president and CEO Kazuo Hirai to find a replacement as Hirai takes on the additional title of chairman and co-CEO of Sony Entertainment.

Lynton joined the studio as chairman and CEO of Sony Pictures Entertainment and in 2012 was named CEO of Sony Entertainment before he was appointed corporate executive officer of Sony Corporation in charge of the Pictures and Music businesses in April 2016.

“It has been an extraordinary 13 years and an honour to work at Sony with some of the most talented and creative people in the entertainment space,” said Lynton.  “I have been involved with Evan and Snapchat since its early days, and given its growth since then, decided the time was right to transition and focus on my role as chairman of the board of Snap Inc.

“I leave Sony with great pride in all we have accomplished together, and confidence that the broad changes we have made and new management team we have assembled over the last few years will strengthen the company overall.

“I want to thank Sony Corp – Kaz Hirai and Howard Stringer in particular – for their leadership and support over the years, and our excellent teams at Pictures and Music for their unwavering dedication to producing and distributing outstanding entertainment.”

“I want to thank Michael for his strong leadership and dedication to Sony throughout his long and illustrious career with the company,” said Hirai.

“The entertainment industry continues to undergo some of the most transformative changes it has ever seen, and Michael’s vast experience and expertise in the entertainment and media space has been invaluable in charting a path forward through this new landscape.

“Particularly the broad structural and management changes Michael has recently implemented will help our music business sustain its strong momentum, and the pictures business to set the path for restoring profitability and future growth, though we recognise current challenges in motion pictures business and its turnaround will take some time.  As we look ahead, we see our entertainment businesses as essential parts of Sony, and I look forward to working with Michael towards a smooth transition.”

Lynton announced his departure in the following email to staff:

Today I will be announcing my resignation from Sony to focus on my position as Chairman of the Board of Snap Inc. This was not an easy decision for me, and one that I arrived at after long and careful consideration. Sony Corp will be issuing an internal note from Kaz to all Sony global employees as well as a press release describing the details and timing of my transition, which I have included below.

As some of you are already aware, I have been involved with Snapchat since its early days. Given Snapchat’s growth – and my growing role and responsibilities in it – I recently determined that the time was right to make a change.

I leave Sony with great pride in all we have accomplished together – from our greatest victories to overcoming our biggest challenges. Together we:

·       Produced terrific films such as American Hustle, Captain Phillips, The Social Network, Spider-man, Skyfall and Spectre; and hit TV shows like Breaking Bad, The Blacklist, The Goldbergs, The Crown and Kevin Can Wait;

·       Grew our worldwide networks business to 178 countries, including India with our ownership of the IPL cricket rights the Ten Sports Network;

·       Completed the Lot’s most significant capital improvement projects in decades including the Jack and Harry Cohn buildings, Calley Park and the beautiful new 8-story Akio Morita building, which brought Sony Music and Sony/ATV Music Publishing employees onto the Lot for the first time;

·       Completed the $750 million acquisition of the Michael Jackson Estate’s stake in Sony/ATV, making us 100% owners;

·       And triumphed over the most devastating and disruptive cyber-attack in corporate history, keeping studio operations running and not missing a single day of production.

As you are all aware, the landscape of our business continues to shift as never before, and the innovation and commitment shown by all of you at Sony Corp, Pictures and Music to adapt and change with it has been inspiring. I am confident that the broad changes we have made and the terrific new management team we assembled over the last few years will strengthen the company overall, and position it for greater growth in the future.

It has been an extraordinary 13 years and an honor to work at Sony with some of the most talented and creative people in the entertainment space. I want to thank Sony Corp – Kaz and Howard Stringer in particular – for their leadership and support over the years, and our excellent teams at Pictures and Music for their unwavering dedication to producing and distributing outstanding entertainment.

I will be staying with Sony for the next 6 months to ensure a smooth transition, and I look forward to working with Kaz and many of you in that process.

Thank you all for these wonderful years together. I know that Sony’s best days lie ahead!