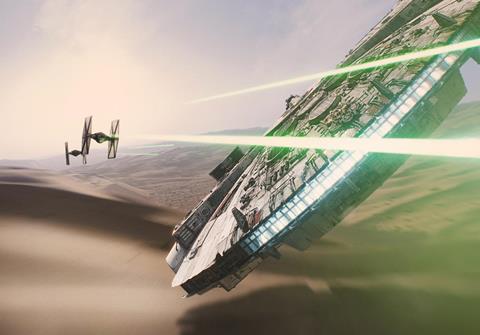 During the period, Pinewood raised £30m through the sale of 8,000,000 ordinary shares and raised new banking facilities of more than £100m.

Phase one of the Pinewood Studios Development Framework is to be completed by June 2016 within budget, while Pinewood Atlanta Studios Phase 2 development has been completed.

The company also launched development of a full service production company in the Republic of Ireland.

Commenting on today’s results, Pinewood CEO Ivan Dunleavy said: “The first six months of the year have maintained the positive momentum reported in our full year results in June 2015.

“Productions based at the studios during the period include the year’s biggest films Spectre and Star Wars: Episode VII - The Force Awakens.

“Media Investment deal flow on behalf of third party clients remains weighted to the balance of the year.

“The construction of phase one of the Pinewood expansion, designed to meet strong demand, is on schedule for completion in June 2016 and is within budget.

“Having taken full ownership of Shepperton Studios in the previous financial year, 100% of these earnings now accrue to the Company and we are able to review the existing masterplan for development of this facility.

“The positive results reported today have continued into the second half and we are encouraged by the visibility we have for the remainder of the year and into 2016”.