The team behind Stars Wars: The Force Awakens will light up the hallowed Hall H in San Diego on July 10 with a “special look” at the upcoming tentpole. 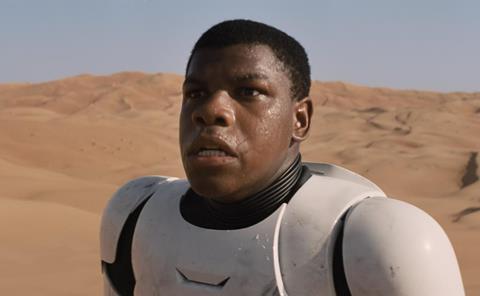 Stars Wars: The Force Awakens is scheduled to open on December 18 around the world through Disney.

The Hall H presentation is one of several events related to the Star Wars universe that include panels on publishing, Hasbro merchandising and a 40th anniversary celebration of Industrial Light & Magic.

Rounding out the day-long schedule is a look at Disney Infinity 3.0 Edition, a line of hybrid toys and video games combining characters from Star Wars and The Walt Disney Company stable.

Earlier this week reports circulated that Marvel Studios would not stage a panel this year. Comic-Con will run from July 9-12.