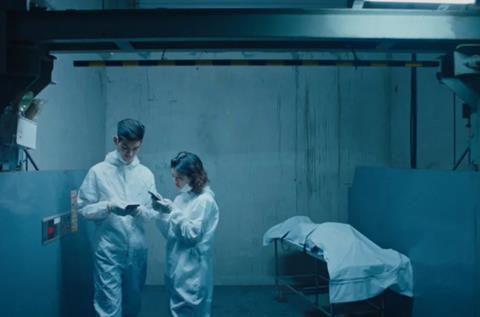 KEFF directed the Taiwanese film about a receptionist at a suicide hotel who forms a fleeting friendship with a guest who can’t decide whether to live or die. Award-winner Tender Huang stars.

The $25,000 AGBO Fellowship offering mentorship and development support, presented by Slamdance alumni Joe and Anthony Russo along with their colleagues at their production company, went to Agnieszka Polska, director of Hurrah, We Are Still Alive!

Agnieszka Polska, director of Hurrah, We Are Still Alive! (Poland)

The 27th Slamdance Film Festival ran from February 12-15 and will host a “Best Of Fest weekend” highlighting its award-winning films from February 26-28.