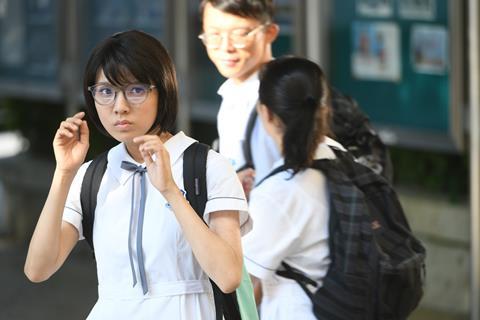 The FPP project market is one of the key events under the Golden Horse umbrella. Scheduled to take place from November 15-17 during the Taipei Golden Horse Film Festival, its attendance of international filmmakers and guests will be boosted by Taiwan’s reopening plans. The mandatory Covid-quarantine is expected to end around October 13 when a new 0+7 plan comes into effect that only requires inbound passengers to follow seven days of self-health monitoring.

Eight of the 48 projects are works-in-progress, including A Cantopop Lyricist To-be by Wong Yee-lam (My Prince Edward); Franklin by four emerging Asian directors and starring established actor Anthony Wong; Future Shock by artist Su Hui-yu; Smartfone by Amos Why (Far Far Away); and three documentaries including Lin Chen-sheng’s Music That Shakes The World and Li Shang-shan’s Qingshui River.

Taiwan is well-represented in the remaining 40 in-development projects. They include Let’s Hit the Road by Chang Jung-chi (We Are Champions), a narrative adaptation of the 2012 Taiwanese documentary Go Grandriders; The Photograph From 1977 by Kao Pin-chuan (The Gangs, The Oscars, And The Walking Dead), about a cross-cultural romance between a Taiwanese and a Korean; drag-racing teens drama Racing Storm by Lin Yu-hsien (Jump! Boys); and hip-hop musical Sweet Man by Hsu Chih-yen and Mag Hsu (Dear Ex).

The Taiwanese presence is also marked by several crime thriller projects, which include: Bright & Dark by Ray Jiang (Gatao - The Last Stray); The Missing by Liao Shih-han (The Rope Curse); and Skin In The Game by renowned author Jade Y. Chen and best visual-effects Oscar-winner Anthony LaMonilara (Spider-Man 2).

Hong Kong projects also feature strongly. Among them are Hong Kong diaspora drama In The Middle Of Nowhere by Jevons Au (Ten Years); King Of Scam by actor-director Chapman To (The Empty Hands); child suicide drama SOS by Kiwi Chow (Revolution of Our Times);  Until We Meet At Dawn, which will be co-directed by actor Will Or (Drifting) and Jane Leung and produced by Stanley Kwan; and The Unshakable Destiny by Rex Ren (May You Stay Forever Young), a tribute to journalists who defend freedom of the press.

The FPP organisers previously announced the selection of 20 series projects, bringing the total number of film and TV projects to a record 68 this year. The FPP, which launched in 2007, added the WIP section in 2017, followed by the series section in 2020.