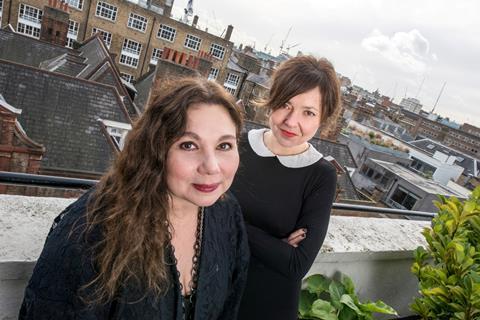 The independent outfit launches in partnership with international distributor BBC Worldwide and Access Entertainment – a division of Access Industries, the media, industrial and technology group owned by US industrialist Len Blavatnik.

House Productions will be based in London with Ross and Howell as joint CEOs, and will collaborate with talent with whom they have previously worked as well as striking up new relationships.

Announcing the new company, Ross said: “Juliette and I are truly excited about what we can achieve together, and with our partners at BBC Worldwide and Access Entertainment.

“We’re going to build a creative and supportive home at House Productions and look forward to growing something unique and long lasting with both new and old collaborators.

Howell added: “Along with our partners, Tessa and I share a vision for the company where the flow of ideas and creative talent between film and television can achieve the best and most ambitious work.

“House Productions will be the home of original, exciting stories, a place where ideas can be nurtured and produced in a supportive environment.”

BBC Worldwide has taken a 25% stake in House Productions as part of their investment in the new indie. The deal will see the BBC’s commercial and international arm act as the global distributor for House’s TV content slate.

Blavatnik said his ambition for the partnership was to “jointly produce premium-quality films with world-class talent,” while Cohen said the deal was “an important step” in their plans to “work with the world’s leading creative talent”.

Ross and Howell have worked together many times over the last 20 years, at the BBC, at Channel 4 and at Film4 on projects including Billy Elliot, Shameless, Slumdog Millionaire and The Last King Of Scotland.

Ross stepped down as controller of film and drama at Channel 4 in September 2014 following a long tenure that included award-winning films such as Four Lions, This Is England, In Bruges, Slumdog Millionaire, Under The Skin and 12 Years A Slave. Her most recent commissions included Carol, Room, The Lobster, 45 Years and Ex Machina.

Ross left to become CEO of the Royal National Theatre but resigned in April 2015, citing concerns over the new leadership structure.

Howell stepped down last year, after five years as Working Title’s head of television, having established the UK production arm in 2010 and overseen a raft of drama series, films and comedy.  These included BAFTA-winners London Spy and Birdsong for the BBC, the BBC/HBO film Mary and Martha and Sky comedy series Yonderland, which is in production on its third series.

Howell also oversaw ambitious drama You, Me And The Apocalypse, starring Rob Lowe, which aired on Sky and NBC.