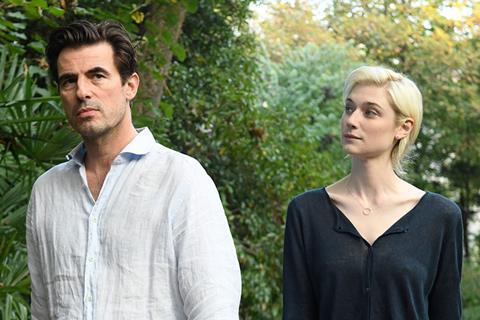 Besides the roster of more than 125 feature narratives, documentaries and short films from 30 countries, festival director Jaie Laplante and his team have selected Amy Ryan to receive the Precious Gem Awards on March 9 accompanied a screening of another Sundance selection, Liz Garbus’ Lost Girls.

Midsommar director Ari Aster, Stella Meghie (The Photograph starring Issa Rae) and The Farewell director Lulu Wang will participate in the Knight Heroes programme focusing on the emerging generation of South Florida content creators on March 8. Four days later Spain’s Goya-winning actress Emma Suárez will receive a Career Achievement Tribute followed by the US premiere of Window To The Sea.

Reefa will also be one of 12 features competing for the $30,000 Knight Made in MIA Feature Film Award against the likes of Mucho Mucho Amor and Kim A Snyder’s Sundance selection Us Kids, about the March For Our Lives movement inspired by the 2018 Parkland shooting massacre. Opening the section is the world premiere of Dudley Alexis’s When Liberty Burns, about the 40th anniversary of the Arthur McDuffie race riots in Miami in 1980.

Mucho Mucho Am and Us Kids will also compete for the Documentary Achievement Award. Among contenders for the $10,000 HBO Ibero-American Feature Film Award are Marcos Carnevale’s I Am Not Your Mommy, Sebastián Borensztein’s Heroic Losers, and María Paz Gonzalez’s Lina From Lima.