The Exchange heads to AFM with ‘Kung Fu Girl’ (exclusive) 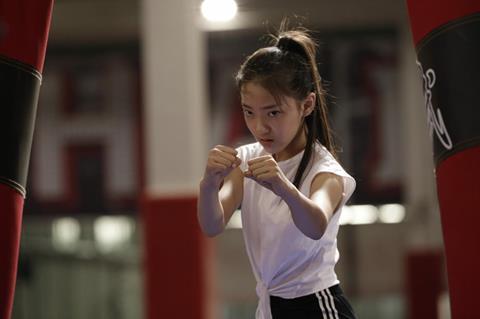 Brian O’Shea’s The Exchange has come on board to handle the completed family fantasy action-adventure Kung Fu Girl and will launch talks with worldwide buyers at AFM this week.

Chinese rights are available and The Exchange said the film is approved for theatrical distribution in China.

Kenny Gage and Devon Downs directed the film about a 12-year old student who challenges the school bully, and in her journey through real and virtual worlds learns to strengthen a fractured bond with her father.

The Exchange’s last two films to get Chinese theatrical distribution were Patrick and A Street Cat Named Bob. According to The Exchange, the latter grossed close to $8m at the Chinese box office.

“Audiences love an underdog who won’t back down,” said says Nat McCormick of The Exchange. “Kung Fu Girl is going to inspire the next generation of young ladies to do just that. I can’t wait for families to enjoy this film together, the same way audiences experienced The Karate Kid.”