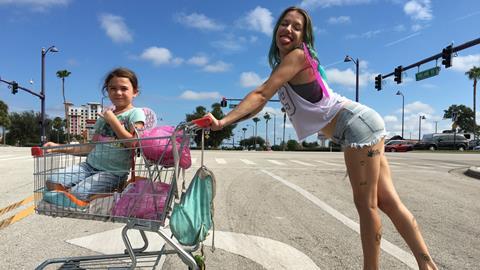 Sean Baker’s The Florida Project, which premiered to rave reviews in this year’s Cannes Directors’ Fortnight sidebar, has racked up a series of deals for sales outfit Protagonist Pictures.

Adding to previous deals done for North America (A24), UK (Altitude) and France (Le Pacte), the film has now virtually sold out worldwide.

The news comes as Protagonist has also scored a series of deals for fellow Directors’ Fortnight premiere The Rider, including with Altitude for the UK.

“It has been an exciting Cannes for Protagonist,” said Vanessa Saal, head of worldwide sales for Protagonist. “We’re thrilled to have found great partners around the world for such deserving films, which we’re confident will be landmarks of 2017.”

The Florida Project stars Willem Dafoe alongside newcomers Brooklynn Prince and Bria Vinaite in the story about a precocious six-year-old and her rag-tag group of close friends whose summer break is filled with childhood wonder, possibility and a sense of adventure, while the adults around them struggle with hard times.

Screen’s review called it “a remarkable study of poverty, family and personal responsibility”.