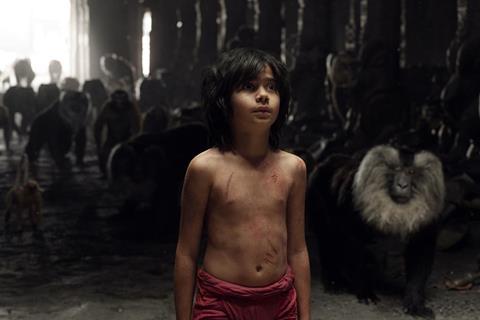 The Jungle Book remained the king of the UK box office after an extraordinary second weekend.

On Saturday and Sunday, the remake took around ten times more than its closest rival, showcasing its complete domination of the weekend.

The arrival of stablemate Captain America: Civil War this Friday [April 29] will see it relinquish top spot, but with a four-day weekend, there’s every chance The Jungle Book will continue to prosper.

Eye In The Sky enjoyed a decent hold in its second weekend as it climbed up to second.

This week’s highest new entry came in the form of Bastille Day as it charted third.

Like the rest of the market, it could struggle this coming weekend in the face of Civil War.

Friend Request rounded off this week’s top five after a soft UK opening.

Given its older-skewing audience, it will be hoping for better returns midweek.

Also for Metrodome, Desert Dancer recorded a UK debut of $2,900 (£1,995), including previews, from its three sites where it played odd shows over the weekend.