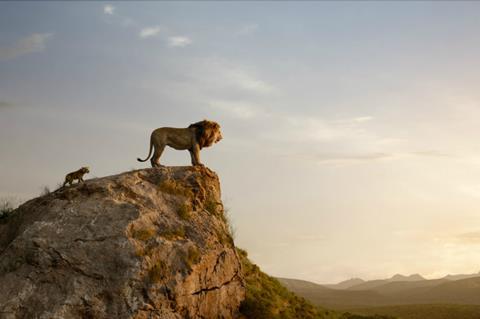 The Lion King was down 52% this weekend, adding £5.2m for a cume of £50.7m to date. The film remained top of the weekend chart, though Universal’s Hobbs & Shaw took more including previews.

The Lion King has become the third release to cross £50m in the UK this year, all of which have been Disney titles (Avengers: Endgame and Toy Story 4). The title is also now director Jon Favreau’s highest-grossing UK release, topping The Jungle Book (£46.2m).

Fast & Furious: Hobbs & Shaw, the spin-off from the long-running Fast & Furious franchise, opened to a £4.9m weekend from 610 sites, an average per-cinema of £8,048. Including previews, the film’s running total is £6.4m.

The Bravest took £5,000 from 14 screens over its opening three days.

Horrible Histories: The Movie - Rotten Romans added £230,786 in its second weekend, a substantial 60% drop on its opening session. Including mid-weeks, the film is up to £1.5m from its UK run.

Animals, Sophie Hyde’s indie UK-Australia-Ireland co-production that premiered in Sundance this year, opened to a healthy-looking £76,158 weekend from 73 sites, a per-cinema average of £1,043. Including previews, the film is on £106,610.

If word of mouth replicates the strong reviews, the film could hold onto some screens and have a long tail. With the market currently so unfavourable for UK indie titles, the Animals result looks a positive one. Still to come is the film’s release in Ireland, also via Picturehouse, which begins from this Friday (Aug 9).

Leonard Cohen documentary Marianne & Leonard posted a superb hold this weekend, dropping only 16% on its way to £70,000. The film has now reached £318,000 from its UK run.