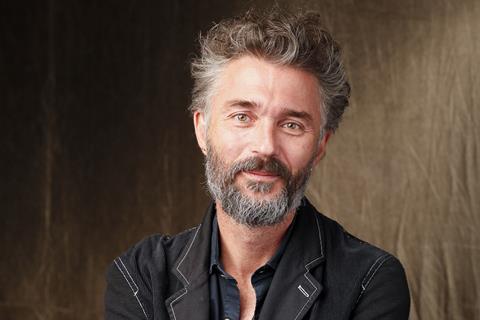 Michael Weber’s The Match Factory is preparing for a very busy Venice Film Festival when it kicks off next week, with four features in official selection.

Michel Franco’s New Order, Malgorzata Szumowska’s Never Gonna Snow Again (co-directed with her regular cinematographer Michal Englert) and Gianfranco Rosi’s Notturno are all screening in Competition, while Salvatore Mereu’s Assandira will play out of Competition (although Venice director Alberto Barbera said if he’d had space in Competition for one more Italian feature, he would have included it).

Screen can reveal the exclusive first teasers here for New Order, Never Gonna Snow Again and Assandira. The Match Factory is also handling sales on JR and Alice Rohrwacher’s short Omelia Contadina, which will play at the festival.

For Weber, satisfaction at his leading sales and production outfit’s strong showing at Venice is only matched by his enthusiasm that, following months of Covid-induced challenges and uncertainty including the cancellation of Cannes, the Italian festival is on the verge of taking place as a physical event.

“Our business came, not to a complete stop, but obviously it has been much slower,” Weber told Screen. “Everybody is waiting to use Venice as a platform for a restart. At the same time, you don’t want to put too much pressure on them. But I think the fact the whole Venice team early on was very clear that they would hold it as a festival gave us a lot of belief again.”

For The Match Factory’s founder and managing director, the last few months have been unsettling, as they have for so many in the industry. He spent the strictest months of the lockdown in Rome, where he lives much of the time. “You could basically leave the house once a day to do shopping,” he said.

Throughout these months he kept in regular, close contact with producers and filmmakers, discussing options and strategies for where to launch their projects or whether or not to “rush to finish” certain others. “That was especially in the beginning when it was not clear if Cannes is postponed or not, everything was up in the air and it was really guessing all the time,” said Weber.

With Szumowska’s Never Gonna Snow Again, a comedy drama about a Ukrainian migrant working as a masseur in Poland that The Match Factory also co-produced, the Polish filmmaker wrapped the shoot in early March right as national lockdowns were rolling out across Europe, with much of the post-production schedule needing to be shifted to Poland.

“We would have planned to have Malgorzata in Germany for part of the post-production, but many things were shifted back to Poland. It was like putting together a puzzle.”

Whereas Weber has worked with Szumowska before, Venice marks his first time representing projects for Franco, Rosi and Mereu.

Rosi’s latest documentary was shot at night over three years on the borders of Syria, Iraq and Lebanon. Mereu’s film is a tale of Sardinian father-son conflict that features Gavino Ledda, whose life story inspired the Taviani brothers’ seminal Padre Padrone. And Mexican filmmaker Franco makes his Venice debut – after premiering four of his previous features at Cannes: Daniel & Ana, After Lucia, Chronic and April’s Daughter – with a dystopian drama about a group of people crashing a society wedding.

“[Michel and I] had met a couple of times on the international circuit and then it was last year at TIFF when we had a longer chat and basically declared our admiration for each other and said, ‘Let’s see if we find something to work together on’,” said Weber. “From there things moved quite fast.”

The trip to Venice

Right now, the plan is for all four filmmakers to attend Venice – not an issue for Rome-based Rosi and Mereu, and less of one for Szumowska arriving from Poland. But Franco is coming from Mexico, and is required to quarantine for two weeks in Italy first.

“For Michel, it’s obviously a bit more complicated but we have a plan, and we also have a lot of support from the festival,” said Weber.

Weber himself isn’t sure yet whether he’ll get the train or plane to Venice – it depends whether he travels from Rome or Cologne, where he flew back to in early August to reopen The Match Factory’s office.

“The first trip on a plane to Cologne, which was really the first day when they opened [Rome] Fiumicino again, that was spooky: empty airport, everything closed, not many people around but at the same time long queues for boarding passes. Now it’s getting better but still, for somebody who used to fly so much, you have to plan it much more carefully.”

He will be joined in Venice by Match Factory’s head of sales Thania Dimitrakopoulou, head of acquisitions Tobias Pausinger, Pablo Ladera from marketing and Viola Fügen from Match Factory Productions, and intends to be tested for Covid-19 before he travels.

“Covid is a part of our daily life at the moment and you will obviously try to respect all the measures which are given by the festival, there’s no doubt about that,” said Weber, who plans to conduct most of his meetings in Venice as he has always done – at hotels and cafes.

“That’s also the nice thing about it, it’s not like going to a market in the Gropius Bau. You will obviously meet people with a mask and all that. Depending on how many people are coming, how full it’s going to be, I think, we’re going to have a lot more meetings [outdoors], for instance in the garden of the Quattro Fontana.”

“I’m so excited about it,” added Weber. “Venice has always been one of my favourite festivals, the atmosphere is something very magical in terms of history of filmmaking and I really love all my films playing this year.”

The full version of Screen’s interview with Michael Weber will feature in the August/September issue, which is published on September 1.