The Screen Podcast: the serious business of the Oscars 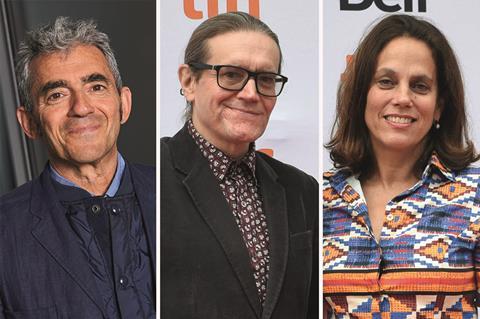 In this inaugural episode, Screen International editor Matt Mueller is joined by the director of Film4 Daniel Battsek and Screen International’s chief film critic Finn Halligan and features editor Charles Gant to discuss this year’s awards season, looking at what it means for talent and studios and what it takes to win an Oscar these days.

As a former president of Miramax, Buena Vista International and Cohen Media Group before he joined Film4 in 2016, Battsek reflects on how awards season has changed over the years and the importance of the awards corridor for prestige titles like the Film4-backed The Favourite and Cold War.

In the second part of the episode, Screen’s senior reporter Tom Grater sits down with Elizabeth Karlsen and Stephen Woolley from Number 9 Films, who will be honoured at this year’s Bafta film awards ceremony for their Outstanding British Contribution to Cinema.

Producers of acclaimed features including Carol, Made In Dagenham and Colette, Karlsen and Woolley discuss what the Bafta honour means to them as independent producers, and what it’s like to navigate the awards season trail. It’s a journey that goes all the way back to 1992’s The Crying Game.