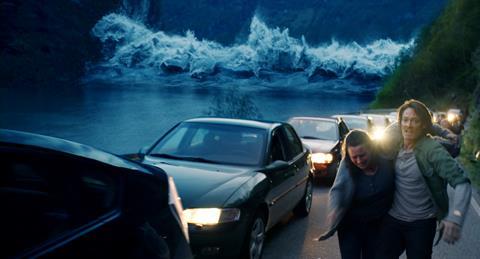 TrustNordisk has closed a number of deals on Norwegian disaster movie The Wave, in the wake of screening a short promo at the European Film Market (EFM) last month.

Directed by Roar Uthaug is based on real predictions of a natural disaster, based on events from 80 years ago when a number of villages in Norway were hit by a huge tsunami after a mountainside collapsed in the fjords. Geologists say that it is just a matter of time before it happens again.

Starring Kristoffer Joner and Ane Dahl Torp, The Wavebegins just prior to the incident in the present day and focuses on an experienced geologist who has less than 10 minutes to react when the alarm goes off.

Producers are Martin Sundland and Are Heidenstrøm for Fantefilm Fiksjon in co-production with Fuzz, Filmkraft Invest, Storyline Studios, Film i Väst and Gimpville with support from The Norwegian Film Institute and Nordic Film & TV Fond.

Nordic distribution is through Nordisk Film Distribution with release currently set for autumn 2015.