‘The Witcher’, ‘Lord Of The Rings’ productions halted due to coronavirus 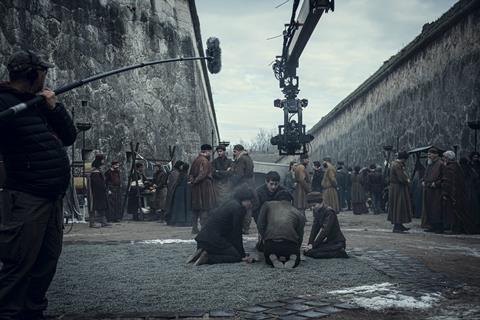 Amazon’s ambitious Lord Of The Rings series, Apple’s UK-set Suspicion and Netflix’s new hit The Witcher have joined the fast-growing list of international TV productions shutting down over concern about the coronavirus pandemic.

The New Zealand shoot on Lord Of The Rings was suspended over the weekend, with local news reports saying the crew has been told that production will be suspended for two weeks from Monday (March 16).

The move comes as Amazon confirmed it has “paused” production on all its original series “for the health and safety of our cast and crew.”  Other series affected include Wheel Of Time, which has been shooting in Prague, and Carnival Row, shooting in Budapest

Suspicion, the Uma Thurman thriller series made by Keshet Productions for Apple TV+ has suspended production in UK soon after the streamer confirmed ordering the show. Production on all Apple TV+ series produced by outside studios is believed to have been suspended.

Fantasy series The Witcher has reportedly halted production for two weeks. The Netflix series has been shooting its second season at Arborfield Studios near London, where the global streamer has reportedly built an elaborate set for the show.