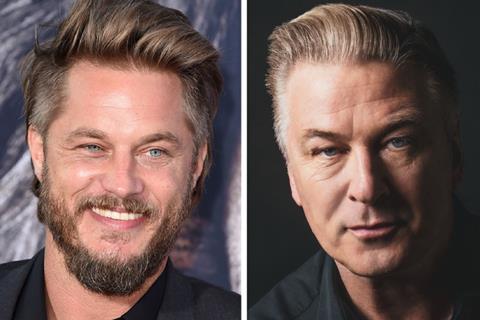 Vikings and Raised By Wolves star Travis Fimmel has joined Alec Baldwin on the cast of western Rust, which Highland Film Group is selling internationally and is set to start principal photography early next month in New Mexico.

Brady Noon and Frances Fisher have also come on board the project from writer-director Joel Souza about outlaw Harland Rust (Baldwin) who breaks his teenage son out of prison after the youngster is convicted of accidental murder. The pair go on the run and are chased by legendary U.S. Marshal Wood Helm and bounty hunter Fenton “Preacher” Lang. Souza and Baldwin created the story.