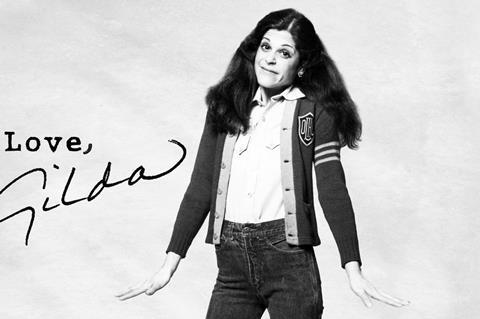 The world premiere of Love, Gilda will open the 17th edition of the Tribeca Film Festival on April 18, festival brass announced on Tuesday (February 6).

The CNN Films documentary follows the career and impact of Emmy and Grammy award-winning comedian Gilda Radner and is produced by 3 Faces Films in association with Motto Pictures.

Radner was an original cast member on Saturday Night Live (SNL) who famously poked fun at television presenter stereotypes. She was married to Gene Wilder until her death from ovarian cancer in 1989 at the age of 42.

“As a festival that has always supported women’s voices and is largely run by women we are incredibly proud to celebrate the inimitable voice of Gilda during the opening night of our festival,” Jane Rosenthal, festival co-founder and CEO, said. “Gilda Radner was a powerful comedic force of nature who opened doors and thrilled audiences while becoming one of the most prolific comedians of a generation.”

“Love, Gilda is the right film at the right time and the perfect way to open our festival,” Tribeca Enterprises executive vice-president Paula Weinstein said.

“Gilda inspired me and many other women with her remarkable spirit and unique talent that changed the world of comedy,” D’Apolito added. “I’m grateful and honoured to share the extraordinary legacy of Gilda Radner at the Tribeca Film Festival.”