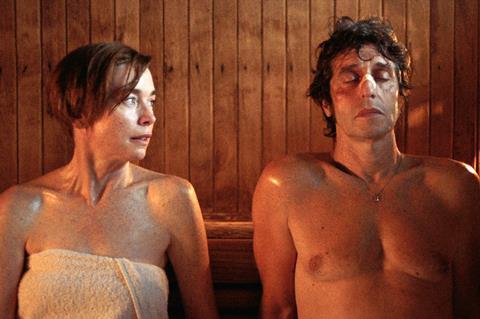 Rania Attieh and Daniel Garcia wrote and directed the dark comedy Initials S.G., which follows an aging Serge Gainsbourg wannabe who struggles with an acting career he can’t seem to get on track, an affair he doesn’t want, and a crime he didn’t mean to commit. Diego Peretti and Julianne Nicholson star.

CRSHD is a teen comedy that follows a college freshman as she tries to lose her virginity with the help of her two best friends by getting into an invite-only “Crush Party.” Emily Cohn wrote and directed CRSHD, which stars Isabelle Barbier, Deeksha Ketkar, and Sadie Scott. Former chairman and CEO of MTV Networks Judy McGrath served as executive producer, and Cohn produced with Jennifer George, Abby Pucker, and Barrett Rouen.

SXSW Grand Jury Award winner Narrative Feature and Cherry Picks Female First Feature Award winner Alice tells of a young woman who, after discovering that her husband’s addiction to escorts has left their family penniless, gets drawn into the world of high-end prostitution to provide for herself and her child. Josephine Mackerras wrote, directed, and produced, and Emilie Piponnier, Martin Swabey, and Chloe Boreham star.

Sundance selection Adam stars Nicholas Alexander as a high schooler mistaken for a transgender man at a party who must keep up the charade to win over the girl of his dreams. Bobbi Salvör Menuez, Leo Sheng, Chloë Levine, and Margaret Qualley round out the key cast. Transparent producer Rhys Ernst directed, and Howard Gertler and James Schamus produced. Production companies are Meridian Entertainment, Symbolic Exchange, and Little Punk.