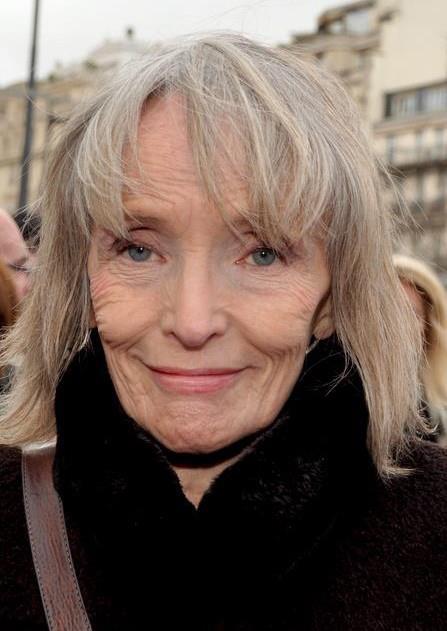 Tributes have been paid to French actress Edith Scob, who has died in Paris at the age of 81.

Scob made her big screen breakthrough in Georges Franju’s 1960 cult horror classic Eyes Without A Face and then worked in later years with the likes of Leo Carax and Olivier Assayas.

France’s Minister of Culture Franck Riester said Scob had a “magnetic presence that flooded every one of her films.”

French cinema promotional and export body Unifrance added on Twitter: “81 years of a life devoted to stage and screen. From Franju to Carax, from Pollet to Mia Hansen-Love, we will miss the Queen of Strange, this vibrating voice and these bottomless eyes.”

Influential French journalist Christophe Carriere said Scob ”transcended the French fantasy movie in Eyes Without A Face,” and praised her work Brotherhood Of The Wolf and Love At Second Sight.

Her Love At Second Sight director, Hugo Galin added that she illuminated the film with her “sweetness and mischief”, and praised her “tenderness and talent”.

The Tribeca Film Festival tweeted: “Rest in peace, French actress Édith Scob, an exquisite and luminous force in hundreds of film roles, from her iconic performance in Georges Franju’s Eyes Without A Face to her invaluable presence in the latter-day work of Olivier Assayas, Leos Carax, and Mia Hansen-Løve.”

Born Édith Helena Vladimirovna Scobeltzine in Paris in 1937, Scob was the direct descendent of White Russians.

Having developed a passion for drama in her teens, Scob went on to study French at the Sorbonne while pursuing her love of acting.

She got her big screen break in 1959 when French cinema pioneer Franju cast her in the small role of an enigmatic, singing woman in his psychiatric hospital-set drama The Keepers.

Impressed by Scob’s on-screen presence, the following year Franju cast the budding actress in Eyes Without A Face as a young woman disfigured in a car accident whose plastic surgeon father embarks on a macabre quest to give her a face transplant.

She became one of Franju’s favourite actresses and would also appear in his crime drama Therese, in a supporting role to Emmanuelle Riva, and the 1963 thriller Judex.

Dividing her career between theatre, cinema and television, Scob was constantly in demand from then on, clocking up more than 110 credits over her life time.

Other highlights of her filmography including playing the Virgin Mary in Luis Buñuel’s 1969 comedy dramaThe Milky Way as well as roles in Jacques Rivette’s Joan The Maiden and Andrzej Zulawski’s Fidelity.

More recently, Scob won praise for her performance as the departing family matriarch in Olivier Assayas’s 2008 drama Summer Hours; appeared as chauffeur in  Leos Carax’s Holy Motors, in a role referencing her Eyes Without A Face debut when she donned a mask, and also appeared in Mia Hansen-Løve’s 2016 drama Things To Come.

Working right up until the end of her life, Scob was most recently seen in Gelin’s romantic comedy hit Love At Second Sight and Eric Cherrière’s medieval action drama No Gods No Masters, which is in post-production.