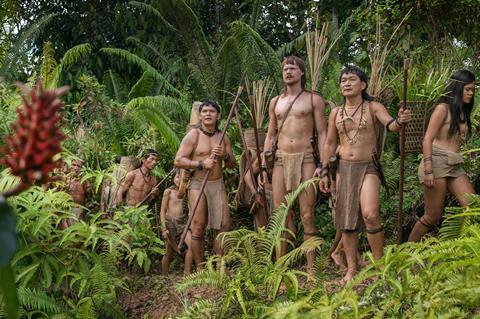 Directed by Niklaus Hilber (Amateur Teens) and starring Sven Schelker (Homeland) as Manser, the film was shot in 76 days in Switzerland, New York, Budapest and Borneo, including in the last areas of primary jungle on the island.

Paradise War tells the story of Manser’s journey into the depths of the Borneo rainforest, and his encounter with the nomadic Penan tribe within whom he took up the fight against logging.

Manser was a renowned environmentalist who raised profile of multiple causes including the damages of logging, and the threat of extinction to the Penan people.

He went missing while travelling through the Malaysian territory on Borneo in 2000 and is presumed dead.