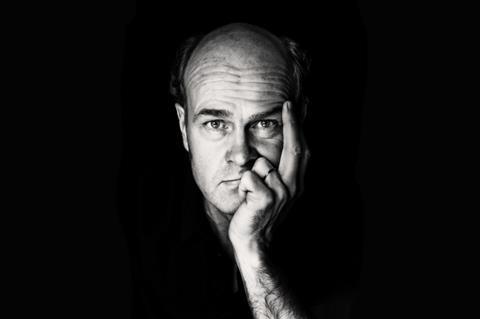 TrustNordisk has boarded international sales for Erik Poppe’s U, a fictional film about Anders Breivik’s 2011 Utoya attacks in Norway.

The film is told from the perspective of the youth, centering on a fictional 18-year-old named Kaja, who becomes separated from her younger sister. The team said, “The main characters in U are fictional, but the film aspires to focus on recreating the drama close to how it happened, reflecting the time it took and the feelings that unfolded - in an as respectable manner as possible.”

Twelve minutes into the film, the shooting begins, and the next 72 minutes follows Kaja in real time in one take.

Siv Rajendram and Anna Bache-Wiig wrote the screenplay and did extensive interviews with survivors of the massacre.

Finn Gjerdrum and Stein B. Kvae produce for Paradox Film, and the film is supported by The Norwegian Film Institute, Nordisk Film & TV Fond and Creative Europe/MEDIA.

Nordisk will handle Scandinavian distribution for U.

TrustNordisk director of international sales & marketing Susan Wendt said, “We are honored to bring this unique depiction to the world. It is a remarkable and insightful interpretation of these youths’ experiences, based on thorough research and interviews with survivors. It is also a more relevant story than we would like to wish for, in this day and age.”

Poppe added: “Since these attacks, the terrorist who carried out this terrible lewdness has attracted far more attention than the victims of the tragedy. After almost seven years, it is about time to bring the attention back to those who died on Utoya, all their bereaved and all the survivors. It is not possible to represent “the truth” with such a movie, but I hope to make the victim’s experiences better understood. The reality exceeds imagination, and one of the art’s tasks is to convey the incomprehensible.”

U will be Poppe’s sixth feature film, with his past works including 2017 Oscar hopeful The King’s Choice (a huge box office hit at home in Norway) and 2013’s A Thousand Times Goodnight starring Juliette Binoche.

U is not the only film in progress about the Utoya massacre; the Swedish film Institute has backed Reconstructing Utoya, directed by Carl Javér and being readied for a 2018 launch. Fredrik Lange produces for Vilda Bomben. This documentary hybrid invites five survivors from Utoya to explain what happened to them that day; actors help to re-enact those experiences.