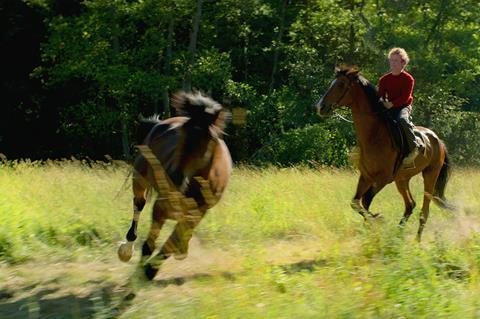 Out Stealing Horses is Hans Petter Moland’s 11th feature and his fourth to compete for the Golden Bear.

Adapted from Per Petterson’s novel, the story follows 67-old widower Trond (Stellan Skarsgard) who discovers his neighbour (Bjørn Floberg) is someone he knew back in the summer of 1948, when he turned 15. That summer his life was changed as his father was preparing to run away with another woman, for whom young Trond (Jon Ranes) also held a flame.