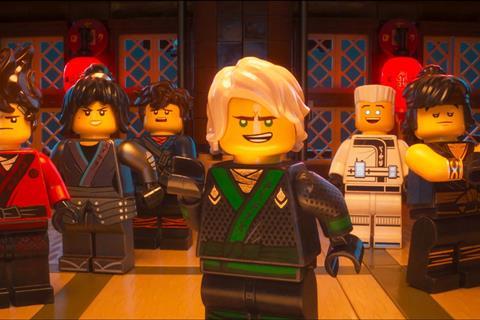 Thanks to last weekend’s previews, The Lego Ninjago Movie managed to dethrone Blade Runner 2049 at the top of the UK box office.

While The Lego Ninjago Movie could do decent business on Saturdays and Sundays in the coming weeks, it won’t come close to those totals.

The Snowman battled negative reviews as it charted third on its UK bow.

It’s the latest hit for distributor Phoenix following the success of Pitbull: Tough Women, also from Botoks director Patryk Vega, which landed in December 2016 with $607,000 (£456,375) from its 104 sites.

eOne’s horror recorded an underwhelming $1,505 (£1,131) site average and will be hoping to draw in the horror crowd before Halloween, although Happy Death Day arrives this Friday to provide further competition.

It achieved a strong site average of $4,807 (£3,615) and has already outgrossed director Sally Potter’s previous outing, Ginger & Rosa, and will look to capitalise on the midweek arthouse crowd.

Finally receiving a UK release before Thor: Ragnarok comes out, Taika Waititi’s Boy posted a debut of $3,500 (£2,653) from its four sites through Vertigo Releasing.

Sony’s Marshall and BBC Earth Films/Munro Films’ Earth: One Amazing Day both receive wide releases, while Dogwoof’s Dina and Curzon Artificial Eye’s I Am Not A Witch are among the films receiving limited releases.