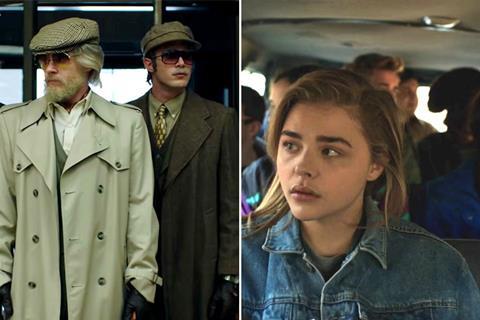 Bart Layton’s US heist drama American Animals rolls out on 162 sites this weekend via STXinternational.

This week’s widest release is Corin Hardy’s US horror The Nun, which Warner Bros will put into 300+ sites. The film is a spin-off from the successful The Conjuring franchise and follows a priest with a haunted past and a novice who are sent by the Vatican to investigate the death of a young nun in Romania. Demián Bichir and Taissa Farmiga star.

Sony Pictures is releasing Puzzle, starring Kelly Macdonald and Irrfan Khan in Marc Turtletaub’s story of a suburban mother who discovers a passion for solving jigsaw puzzles. The film premiered at Sundance this year and opened Edinburgh.

In holdovers, Disney’s Christopher Robin will look to retain its spot at the top of the box office chart for a fourth week, Mamma Mia! Here We Go Again will continue hunting down its predecessor (£68.6m) after hitting £61.1m last weekend, while Sony’s Searching, Studiocanal’s Yardie, Curzon’s Cold War, and eOne’s The Children’s Act are looking to build on their initial runs.