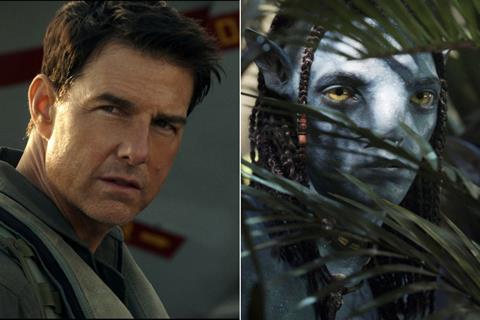 The 2022 UK-Ireland box office is tracking at 80% of the last complete pre-pandemic year, with cinemas continuing a recovery towards full strength; as eyes turn to the release schedule for the remainder of the year.

This year has been buoyed by the success of Paramount’s Top Gun: Maverick, at £70.6m last weekend, plus Disney’s Doctor Strange In The Multiverse Of Madness (£42.1m) and Warner Bros’ The Batman (£40.8m).

The above figures are cause for optimism for a sector still recovering from two years of unprecedented challenges. However there should be caution for the remainder of 2022, with a summer/autumn blockbuster slate that suggests lower earning potential than in 2019, and perhaps even last year.

Exhibitors will hope to capitalise on 13 years of anticipation for Disney release Avatar: The Way Of Water on December 16. The first title remains the sixth-highest-grossing film of all time with £94m, and is one of only three titles in the top 15 to be released before 2010, alongside Titanic and Mamma Mia!. 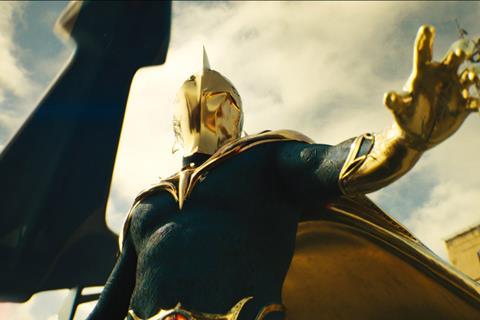 Cinemas will also look to reliable box office draw Dwayne ‘The Rock’ Johnson, who features in two of the major titles for the remainder of the year: DC League Of Super-Pets (July 29) in a voice-role; and superhero blockbuster Black Adam (October 21), both for Warner Bros.

Other films with the potential for big grosses include Disney’s Black Panther: Wakanda Forever (November 11), after the first film took £50.8m in 2018; Sony’s Roald Dahl’s Matilda The Musical (December 2); and Warner Bros’ Shazam! Fury Of The Gods (December 21) – the first film managed £13.4m.

However, August looks comparatively sparse for big titles, with exhibitors hoping for Sony’s Bullet Train (August 3) with Brad Pitt, Universal’s Jordan Peele horror Nope and romance Eiffel from Vertigo (both August 12) to break out with audiences.

One sign of the lack of major new films is the number of re-releases populating schedules over the rest of the year. These include last year’s Spider-Man: No Way Home from Sony (September 2); the first Avatar from Disney (September 23); Bram Stoker’s Dracula through repertory specialists Park Circus (October 7); Harry Potter And The Chamber Of Secrets through Warner Bros (October 28); and the Star Trek films through Paramount (throughout the year).