In other Cottbus news, F&ME boards The Disciple and Macedonia backs Sugar Kid. 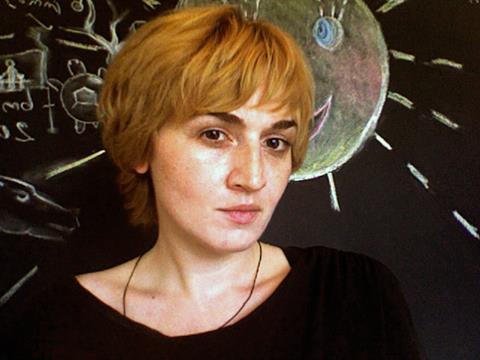 Projects from Ukraine and Georgia were the award-winners at this year’s edition of the East-West co-production market connecting cottbus (November 5-6).

Tank, which will be produced by Max Serdiuk’s Kiev-based production outfit Noosphere Films, already has in-kind investment of equipment by Ukraine’s TechnoRent and private equity investment from Cyprus-based Pride Capital.

During Thursday’s session of public pitchings for the 10 projects, Slovak director Ivan Ostrochovský revealed that Pavel Strnad’s Negativ Film and Mike Downey and Sam Taylor’s F&ME will serve as co-producers on his second feature The Disciple coming after his award-winning feature debut Koza.

Described as a “crossover between arthouse and genre,” the new project penned by Ostrochovský with Koza co-writer Marek Lescak centres on the investigation of a suicide committed by a young student of the Roman Catholic Seminary during the 1980s in Czechoslovakia when the State Security monitored the Church and the entire society.

Koza’s sales company, the fledgling Berlin-based Pluto Film, is set to handle international sales for The Disciple as well.

Skopje Film Studio has already attracted €1m financing - a third of the budget - for Igor Ivanov’s family adventure film Sugar Kid which has received production support from the Macedonian Film Agency, in-kind investment from Sektor Film for the construction of the studio set, with production design by the veteran Serbian production designer Milenko Jeremic (Black Cat, White Cat and Life Is a Miracle).

Serbia’s Art&Popcorn and Bulgaria’s Audiovideo Orpheus are onboard as co-producers for the mixture of Western adventures and Eastern fairytales condensed into the modern era.

Speaking to ScreenDaily  at this week’s connecting cottbus, he said that he will be re-activating his production company Focus In to handle the production of feature films and documentaries.

Kirgiz filmmaker Mirlan Abykalykov’s Heavenly Nomadic has been presented with the “Cottbus into the Cinema” Prize by Medienboard Berlin-Brandenburg as a financial contribution of up to €10,000 towards the costs of distribution of the film by Neue Visionen Filmverleih in German cinemas.

In addition, Romania’s Nicolae Constantin Tanase received the €4,000 Cottbus Discovery Award for his debut The World Is Mine.