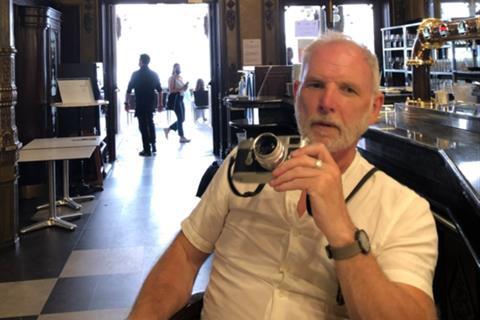 Tim Beddows, the founder and managing director of the UK’s Network Distributing, has died aged 59.

A spokesperson for Network Distributing confirmed that Beddows died on November 18. No cause of death was given but a statement from the company described his passing as “a terrible shock to everyone who knew him both personally and professionally”.

“The Network team are devastated but committed to continuing his legacy and building upon Network’s position of strength as a leader in the UK home entertainment market,” it added.

Beddows founded the UK publishing, distribution, production and entertainment group in 1997. Over 25 years, the company has restored and revived more than 3,000 film and TV releases, and maintains longstanding agreements with ITV, Fremantle, Studiocanal and the BBC.

In 2021, Network closed a deal with iconic UK horror label Hammer Films to form Hammer Studios, managing Hammer’s interests and library of content such as 2012’s The Woman In Black and 1958’s Dracula, as well as rebooting its production arm with Joe Stephenson’s upcoming Doctor Jekyll, starring Eddie Izzard.

Jonathan Lack, director at Network said: “For the past four years, I’ve had the honour of running the company alongside Tim, as we positioned Network as the strong market leader it is today. We are all devastated by his passing but the whole Network team understood Tim’s dreams for the future of the business and we are committed to delivering that dream, and building upon his legacy for our stakeholders and customers.”

Steve Rogers, head of product development and research at Network, added: “His legacy is huge and this work will continue. Always forward thinking, Tim had started to plan for the next five to 10 years, so he will remain a very real presence at Network in both its outlook and content output. Together we will take the company forward with his vision, and he’ll be with us on the continuing journey.”

In a post written by Beddows on the Network website in July, to mark 25 years since the launch of the company, he reflected on the launch of the company and said: “When so much has changed, arrived and disappeared; when you barely have time to blink and with so much put in front of you, like it or not, it is gratifying to know that we can still offer a little break from it all in form of something from the past as stirring, emotive and pioneering as anything made today.”