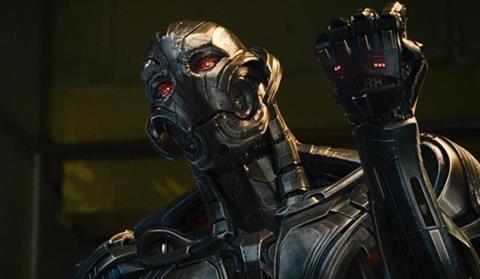 Avengers: Age of Ultron may have fallen 60% in its third weekend, but still comfortably managed to become the third film this year to record a hat-trick at the top of the chart and the year’s biggest release to date in the process.

However, it may now find its quest to surpass its predecessor’s $80m (£51.9m) UK result a bit trickier, given this week’s big drop and the arrival of two major titles this weekend in Pitch Perfect 2 and Mad Max: Fury Road.

The week’s highest new entry came in the form of Spooks: The Greater Good, a Pinewood Pictures release through Fox.

Also for Entertainment, Woman in Gold has amassed $4m (£2.6m) after five weeks in play.

Curzon Film World’s Clouds of Sils Maria, Metrodome’s The Tribe and Dogwoof’s Lambert and Stamp are among the films receiving a limited release.