‘Unhinged’, Spanish comedy ‘Father There Is Only One 2’ spark international box office 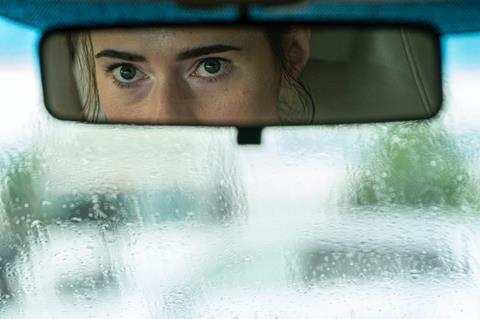 That’s a big step up from the previous weekend’s top title in the territory, which was The King Of Staten Island with $207,000. Currently, 73% of Australia’s cinemas are open, but with reduced capacities and showtimes.

Released two weeks previously in Germany, Unhinged occupied the top spot for the third week in a row, dropping 31% from the previous session. Total after 17 days is €632,000 ($744,000). In the UK, the film delivered the biggest weekend gross of any film since cinemas reopened in early July, and likewise in the Netherlands, where the four-day weekend achieved €173,000 ($204,000). Russia and Austria both release this Thursday (August 6).

Derrick Borte directs Crowe and Caren Pistorius in the violent thriller about a woman taking her son to school, who picks the wrong man to offend with her impatient driving etiquette. Unhinged is a Solstice Studios and Ingenious Media Presentation. Solstice’s Lisa Ellzey and Mark Gill produce alongside Gunn Films’ Andrew Gunn.

Local comedy sequel Father There Is Only One 2 (Padre No Hay Mas Que Uno 2) has brought big cheer to the Spanish exhibition sector, with five-day takings (since July 29) of $2.6m for Sony Pictures International Productions. The success suggests that audiences – in Spain at least – will brave the Covid pandemic and return to cinemas if offered a compelling reason to do so.

Father There Is Only One 2 sees Santiago Segura once again direct, co-write and star in a comedy about a father parenting five rambunctious children, this time with a visit from his mother-in-law. The original Father There Is Only One was released exactly a year ago in Spain, debuting with $1.92m over a four-day weekend, on its way to a $16m total.

The July 31-August 2 weekend saw the reopening of cinemas in Barcelona and its metropolitan area, following a legal challenge from the exhibitors to the Catalan government, which had ordered them closed on July 17 after a spike in Covid cases.

Teen comedy T’as Pecho? has landed in first place at the French box office, with just over 77,000 admissions for the five-day period July 29-August 2. The number is somewhat below audience levels seen in France in recent weeks – for example, Scoob! (released in France as Scooby!), topped the box office the previous five-day session (July 22-26) with 98,300 admissions, and Divorce Club was in second place for that period with 96,000.

Adeline Picault makes her feature writing and directing debut with T’as Pecho?, which is distributed in France by Pathe. The slangy title translates as How To Make Out.