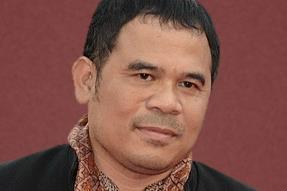 The partnership provides UMA with access to Kompas Gramedia’s network, which includes 150 brands of print, online and broadcast media, 115 retail stores, 18 regional newspapers, and seven publishing houses that is said to represent a combined library of more than 100,000 works of IP with a reach of 150m people.

The deal comes as UMA, backed by private Indonesian investors who have put money into an investment fund for the company, embarks on its first phase of production focused on Southeast Asian local-language content.

The 2020 slate includes The Villa, a horror film starring Osric Chau that explores Indonesia’s colonial past. Garin Nugroho (pictured), who directed Indonesia’s international feature film Oscar submission Memories Of My Body, serves as executive producer. A director will be announced in due course.

The pipeline includes The Betrayal, the first instalment in what is conceived as an action-revenge trilogy that will shoot in Bali and Japan. Both films are scheduled for a 2020 theatrical release. UMA is fully financing development and production on both, and CAA Media Finance represents global distribution rights.

“We are excited to be working alongside global companies with the scale and influence of Kompas Gramedia and CAA,” said UMA founder and CEO Michy Gustavia. “With more than 30 years of combined industry experience, UMA’s mission is to empower local creative and creators, by providing them with the means to tell their stories at a world class level and with the ongoing support of CAA, share them with the region and the world. This is only the beginning of our collaboration.”

CAA brokered the first-look deal on behalf of UMA.