Venice doc 'Why Are We Creative?' scores early deals (exclusive)

Hermann Vaske’s provocative and highly unusual new film Why Are We Creative? has racked up early deals for sales agent Celluloid Dreams in advance of its Venice Days premiere today (Saturday, September 1). 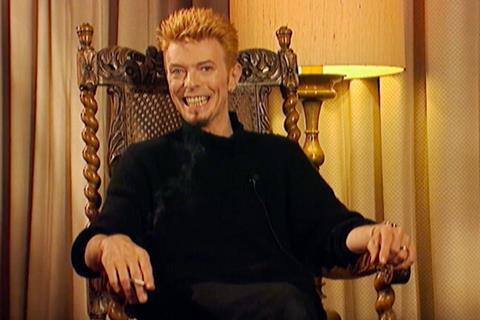 ‘Why Are We Creative?’

The feature documentary, made over many years, includes interviews with multiple artists and celebrities, among them David Bowie, the Dalai Lama, Quentin Tarantino, Damien Hirst, David Lynch, Peter Ustinov, Julian Schnabel, Bjork, Isabelle Huppert, Pussy Riot, George Bush and Stephen Hawking. Vaske asks them all the same question - why are they creative?

Two of the film’s subjects, artist Marina Abramovic and Pussy Riot member Masha Alekhina, are due on the Lido to support the premiere.

“At the end of the day, it (the question as to why are we creative) became a philosophical question. The journey brought me into contact with quite a few influential people of creativity of the late 20th and early 21st Century,” Vaske reflected of his roster of interviewees.

The Why Are You Creative project goes far beyond the documentary screening in Venice. It consists of 1000 filmed conversations (among them Nobel Prize laureates and Oscar winners), art works, books, drawings and website. After Venice, the director is planning a companion film, Why Are We Uncreative, which will look at the “beta blockers” that stop and stifle creativity.