Shakespeare comedy, featuring the stars of Horrible Histories, set to be released in September. 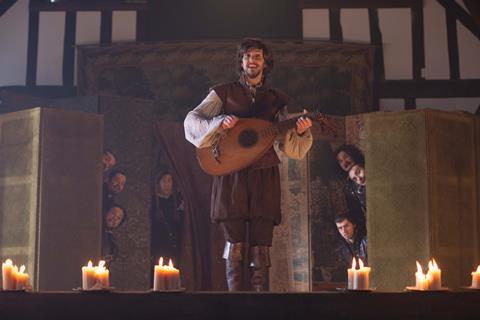 Vertigo Releasing has taken over the release of BBC Films comedy Bill following Koch Media’s decision to withdraw from theatrical in the UK.

Vertigo said it would release Bill, centred around the ‘lost years’ of William Shakespeare, across the UK on September 18.

Speaking to ScreenDaily, Vertigo Releasing co-owner Rupert Preston said: “We began speaking to Koch about Bill at Cannes [in May] and the deal has evolved over the last couple of months.

“The deal was finalised in the last week and we have settled on a release date that everyone is happy with.

“The film is really good fun and plays well with both adults and kids. It’s clever, bright and great British entertainment.”

Koch boarded the comedy before shooting began in February 2014, and announced a release date of February 20, 2015.

But its release was pushed back and Koch announced in June that its UK film arm would shift its focus away from theatrical and onto home entertainment while consolidating its mainstay of video game distribution.

Directed by Richard Bracewell (The Gigolos), Bill is a comedic take on what really happened during Shakespeare’s ‘Lost Years’ and how hopeless lute player Bill Shakespeare left his family and home to follow his dream, encountering murderous kings, spies, lost loves, and a plot to blow up Queen Elizabeth.

There are also appearances from Helen McCrory (Skyfall) and Damian Lewis (Homeland).

The script is written by Laurence Rickard and Ben Willbond, and developed through BBC Films and Punk Cinema. Producers are Charles Steel, Alasdair Flind and Tony Bracewell.