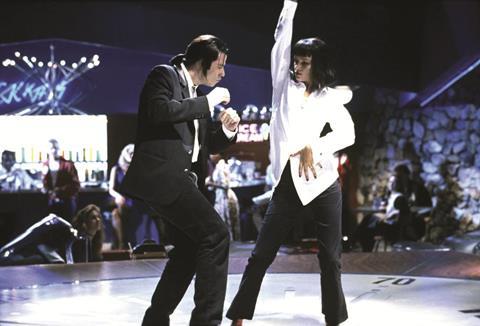 The newly formed ViacomCBS is closing on its first major acquisition and ended months of speculation, committing to pay $375m for a 49% stake in Miramax from beIN Media Group.

beIN will retain a 51% stake in the company known for films like Pulp Fiction, Shakespeare In Love, Good Will Hunting and The English Patient, and current leadership including CEO Bill ’Block will continue to serve.

The transaction is subject to customary closing conditions and is expected to close in the first quarter of 2020. ViacomCBS will pay $150m up front, and has committed to invest $45m annually over the next five years – $225m in total –for new film and television productions and working capital.

For ViacomCBS brass the deal offers critical access to a quality stable of more than 700 titles and the kudos of 278 Oscar nominations and 68 wins as it explores synergies with Paramount Pictures and leverages the studio’s own library of more than 3,600 films and a global distribution, marketing and production infrastructure.

“Miramax is a renowned global studio, responsible for some of the most iconic films of the last three decades, including Pulp Fiction, Good Will Hunting, Kill Bill and more,” said Bob Bakish, president and CEO of ViacomCBS. “This partnership with beIN will be a unique opportunity to gain access to a valuable library, deepening our already substantial pool of IP at a time when demand for premium content is only accelerating. We look forward to working closely with the Miramax management team as we explore new ways to deliver its titles across a variety of platforms and create new, compelling projects.”

Nasser Al-Khelaifi, chairman of beIN Media Group, said, “This represents a major investment in and endorsement of our thriving Miramax business, which has grown in value under beIN Media Group’s ownership and has a fantastic future ahead with major new movies and unexploited premium dramas. We are thrilled to partner with ViacomCBS and Paramount to explore further opportunities around Miramax’s iconic IP, and also at group level; while substantially increasing the scale of our entertainment business. This deal further underlines beIN’s ambitions on the global stage – we are very proud to have established ourselves as one of the leading groups in sport, entertainment and media.”