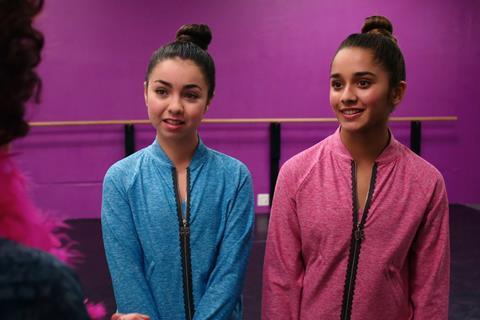 Vision Films has acquired teen dance movie To The Beat! for worldwide sales. The film is the directorial debut of actress Jillian Clare.

To The Beat! was written and produced by Susan Bernhardt under her Leonian Pictures banner, alongside co-creator and director Clare’s production company Whimsical Entertainment. Vision Films will exhibit the film at this years American Film Market (AFM) and distribute in the US in spring 2018.

Vision Films plans to release To The Beat! theatrically live in conjunction with Synaptop, a platform that allows audiences to watch films along with the cast and crew online.

To The Beat! centres on Mia and Mackie, fourteen year old twins who enter a social media contest to become dancers in their favourite pop stars next music video. Their quest leads to a battle with their rival neighbor, Avery, who will stop at nothing to win the contest.

Clare said: ”I’m extremely thrilled that To The Beat! has found a home at Vision Films. We are all so excited to share this fun dance film with the world.”

Managing director and CEO of Vision Films Lise Romanoff said: “This film captures the innocence and energy of other high school competition classics. We’re thrilled to offer this upbeat film to young audiences and dance lovers across the country.”