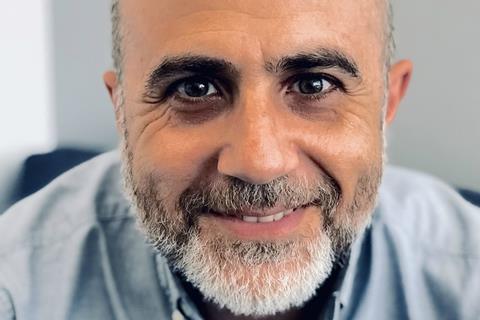 Amar, who is fluent in English, Spanish and French, brings more than 15 years of experience in sales and acquisitions, and most recently served as vice-president of acquisitions and co-productions at Red Apollo Group (whose credits include First Kill starring Bruce Willis and Hayden Christensen).

“As we expand into the world of VOD on a global basis, Vision Films is looking forward to adding Robby Amar to our already stellar team,” said Vision Films CEO and managing director Lise Romanoff. “Robby is well-respected by the international film community and brings a great deal of experience in multiple backgrounds to Vision Films.

”As Vision looks to the future in expanding our company on the domestic and international forefronts, we know that Robby will be an excellent representative for our diverse slate of content.”

“I am overjoyed to be joining the incredible team at Vision Films,” said Amar. “An established company with a track record of success, Vision is a well-oiled machine with an abundant library of films, series, and documentaries that are current and resonate with audiences worldwide. I look forward to representing these films to the international market.”

Prior to Red Apollo Group, Amar was vice-president of acquisitions and co-productions for Gaumont TV (Narcos, El Presidente), where he acquired such titles as El Chapo, and served as executive director of international sales at MarVista (Zapped starring Zendaya, 16 Wishes with Debbie Ryan).

Vision Films feature credits include upcoming crime thriller Adverse with Mickey Rourke, Penelope Ann Miller, and Sean Astin, and upcoming action title Eternal Code starring Scout Taylor-Compton from The Runaways and Halloween, and documentaries Living In The Future’s Past narrated by Jeff Bridges, and Long Gone Wild, which examines the history of the captive whale and dolphin entertainment business.

Wright departed the company recently to serve at Voltage Pictures as executive vice-president of international sales.