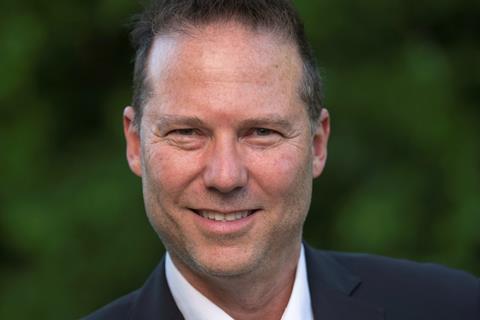 Effective immediately, Wright will play an integral role in international and US sales at the Los Angeles-based sales, production and finance company, and will work across the full chain of a film’s distribution potential as Voltage aims to extend its reach into ancillary markets, among other goals.

The company’s slate includes Jessica Chastain spy thriller Eve directed by Tate Taylor, Liam Neeson action thriller The Minuteman directed by Robert Lorenz, and After We Collided, the sequel to its YA hit After that reunites stars Hero Fiennes Tiffin and Josephine Langford.

Prior to joining Vision in 2010, he served as president of Regent Worldwide Sales, where he oversaw licensing of library titles such as Gods And Monsters. He began his licensing and distribution career in 1990 as an executive at Turner Pictures Worldwide and worked with titles from the MGM, RKO, CNN, TNT, and Hanna Barbara libraries. He has held senior management positions at PorchLight, CineTel, and Rysher Entertainment.

“We’re thrilled to have someone of Adam’s caliber on the Voltage team,” said Voltage president and COO Jonathan Deckter, who announced the appointment on Monday (22). “He has excellent skills across all aspects of the independent sales and distribution world and his exceptionally strong relationships with our international buyers make him the perfect fit for our commercially minded slate. I am looking forward to Adam expanding our reach in the ancillary markets.”

“Voltage Pictures is an amazing organization that prides itself on producing and distributing superior content,” said Wright. “Nicolas and Jonathan are extremely talented and highly regarded in the industry. I am very excited about contributing to the company’s future success and feel extremely fortunate for the opportunity to be a part of such an amazing team.”