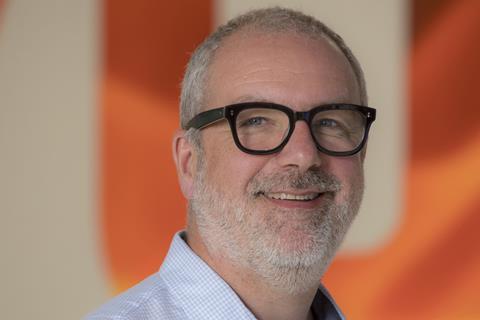 The exhibition exec will receive the prize, which is sponsored by the UK Cinema Association, at the Screen Awards ceremony on November 30.

Knibbs has more than 30 years’ experience in the cinema industry.

He joined AMC in 1987 and was a pioneer of multiplex operations in the UK. He worked at AMC as operations director and then managing director of the UK business during the time the company was acquired by Paramount Pictures and Universal Studios, when it was renamed United Cinemas International (UCI) in 1989.

In 1999, Knibbs became senior vice president of Northern Europe for UCI, overseeing operations in more mature markets such as the UK, Ireland and Germany, alongside emerging markets Poland, the Czech Republic and Hungary.

In 2003, Knibbs left UCI to join Tim Richards and Alan McNair to form Vue’s executive team. Steve has been instrumental in helping the company grow from 38 sites in the UK to become one of the world’s leading international cinema operators today, managing 212 sites and 1,902 screens across ten countries.

Phil Clapp, CEO of the UK Cinema Association commented: “There is no one working in the UK cinema industry today more deserving of this award than Steve. His dedication to our industry over the last three decades is unsurpassed, and his insight into the sector is respected by all. During a period of considerable commercial success, Steve has remained unfailingly generous in his willingness to share his experience to the benefit of the wider industry.”