Scholars will take part in the programme which supports the next generation of UK creative industries talent. 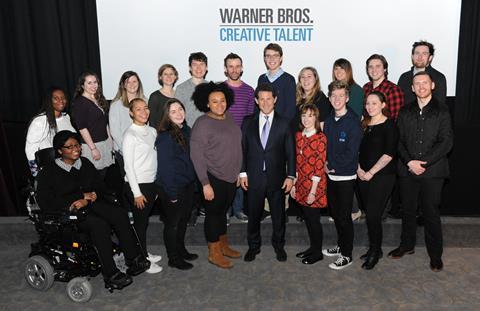 The 12 scholars selected to take part will be provided with funding and unique opportunities as part of the company’s commitment to invest in skills and training for the UK creative industries with scholarships attached to work placements and mentoring, apprenticeships and training courses.

Opportunities include apprenticeships at Warner Bros Studios Leavesden, trainee positions on every Warner Bros film production in the UK and work placements on the award-winning West End musical Charlie and the Chocolate Factory.

Josh Berger CBE, president & managing director, Warner Bros UK, Ireland & Spain, commented: “We’re excited to be welcoming a second season of talented people to Warner Bros Creative Talent. Our first season has already made us very proud – through their hard work and commitment, and the opportunities and support we have been able to provide, they have gained insight and experience and are already making their way in the industry. We are confident that Season Two will be just as successful.”

The 12 scholars selected are as follows: