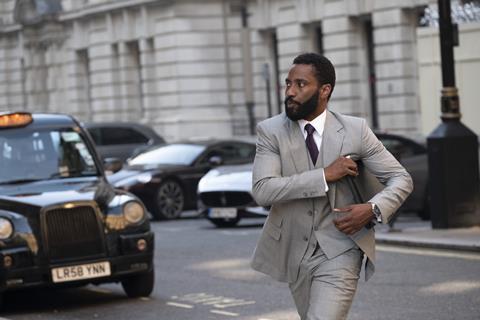 Warner Bros’ much-anticipated Tenet has secured a September 4 release date in China, the studio has confirmed.

The Christopher Nolan tentpole, which exhibitors hope will help pull audiences back into cinemas after the financially damaging coronavirus lockdown, is set to open in a number of international territories on August 26 and in select cities in the US on September 3.

With cinemas in the territory having reopened on July 20, China will be an even more important market than usual for US studios looking re-start the flow of revenue from potential summer blockbusters like Nolan’s film, which stars John David Washington and Robert Pattinson.

Tenet will not be the only title looking to China for bottom line-boosting income as the global exhibition industry attempts to get back on its feet.

Sony has announced that Columbia Pictures’ Little Women has received an August 25 release date in China. And China is expected to be one of the markets in which Disney’s Mulan will go theatrical rather than debuting on the Disney+ streaming service.