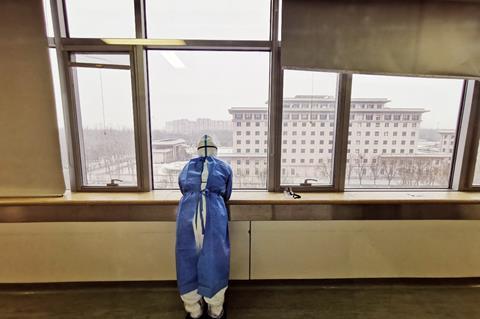 Chang, whose credits include Up The Yangtze, China Heavyweight, and Fruit Hunters, trains his sights on citizens and frontline workers as they battle an invisible killer at the peak of the pandemic lockdown in Wuhan city in February and March 2020.

“Wuhan Wuhan is an intimate look at real people and how their lives have been impacted by this recent change in the way of life. The access that the film is able is achieve is astonishing,” said WaZabi co-president Anick Poirier.

Co-president Lorne Price added, “We are able to experience the situation on the ground through people and their concerns and anxieties. Unlike a lot of the news suggested, Wuhan is not a place where the virus originated but another place in the world where people are struggling and suffering while offering a window of hope.”

Chang, currently completing a screenplay for 2015 Sundance lab selection Eggplant, said: “I’m so happy to be working with Anick and Lorne from WaZabi Films, whose taste in cinema is impeccable. I made Wuhan Wuhan as a cinematic portrait of humans working together to survive adversity and to dignify a city of 11 million people whose individual lives show us the universality of our collective pandemic experience.”