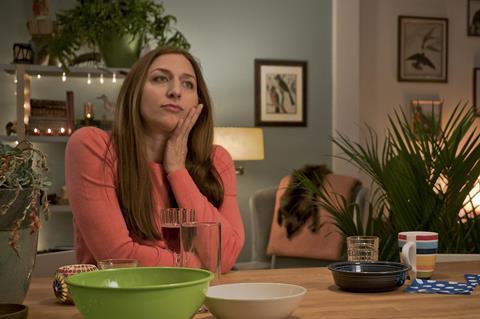 Vertical Entertainment will release the film from Woods Entertainment, Northeast Films and Shut Up & Colour Pictures in the US and UK, while Game Theory will handle distribution in Canada.

WaZabi will launch talks with buyers immediately on Spinster, which follows Peretti’s character Gaby as she is unceremoniously dumped on her 39th birthday and embarks on a dating rampage and discovers that she doesn’t have a life.

“Spinster is a witty and refreshing anti-rom-com that made us laugh and smile from beginning to end. Something we all need a bit of, right now,” said WaZabi co-presidents Anick Poirier and Lorne Price.

“We’re thrilled to be working with WaZabi Films on the international sales of Spinster,” said Marc Tetreault of Shut Up & Colour Pictures. “In Spinster Chelsea Peretti brings a delightfully fresh twist to the classic rom-com that we hope people will enjoy while sheltering in place.”