What are the pros and cons of using Big Data in the film and TV business? 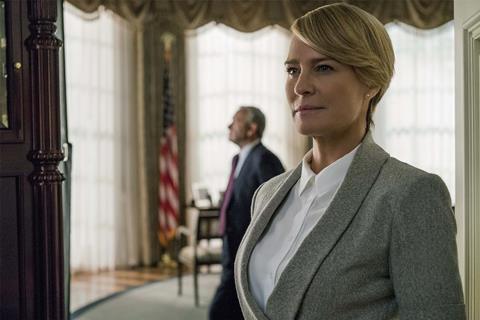 Sharply divergent views about Big Data, artificial intelligence and their potential role for good or bad in the independent film business were expressed at this weekend’s Winston-Baker Zurich Summit on Film, Technology and Business.

First, Wernicke told the story of former Amazon Studios CEO Roy Price and how he responded to the challenge of identifying new content that would bring subscribers to the streaming service. Price and his team took eight concepts for shows that they had been pitched and produced the first episodes for each one.

Then they uploaded the shows for free. Millions watched, which enabled Amazon to record and monitor their behaviour, gathering data points such as when viewers clicked play, when they clicked pause, and what parts they re-wound.

“After that, they crunch the numbers and a result emerges and it says Amazon should be doing a sitcom about four Republican senators,” Wernicke recalled of how Alpha House, starring John Goodman, was created. Six years on, the show is almost completely forgotten.

At around the same time, Netflix’s chief content officer Ted Sarandos had been overseeing similar research to figure out the streaming service’s launch show. Instead of using pilots and analysing audience behaviour, Netflix executives looked in detail at what they later described as “taste clusters” – namely patterns of viewing. “It’s essentially demographics on steroids. You’re not looking at age and gender. You’re really looking at interest and how they work together,” said Wernicke.

Instead of making a show about four Republicans, Netflix came up with the idea for one about a single Democrat – House Of Cards, inspired by a 1990 BBC political thriller that became a solid success for the streaming giant, at least in its first two seasons (and before its lead actor Kevin Spacey became caught up in scandal).

“I realise the irony of trying to tell you something about Big Data through two anecdotes but, in the end, the question is what does data mean for this industry?” reflected Wernicke. The theory about how Big Data can help the industry is clear enough: smart people are provided with very detailed information, which they analyse in minute detail, and, as Wernicke put it, “suddenly they have this crystal ball”. But, as he was quick to point out, it remains an inexact science.

“Big Data in the context we’re talking about here is a lot of observation, a lot of data. What many people don’t realise is that [Big Data] is a lot of very simple observations,” the data scientist told the summit audience gathered in Zurich’s Dolder Grand hotel.

Wernicke pointed out that the insights gleaned provide only a “very tiny window” into how consumers are reacting. It is not the “all-encompassing information” that might be provided by an in-depth focus group, for example.

“You never really know who you are looking at,” said Wernicke. “You never know why somebody clicks. You just have to take whatever the data gives you. It gives you lots and lots and lots of correlations that actually don’t mean anything.”

This, he suggested, was where humans came in. Putting together the information and figuring out what it means needs “human experts that know the industry they are working in, that have taste essentially and can pick those parts of the data and analysis that make sense and discard those that don’t make sense.”

Wernicke suggested that sophisticated data analysis is now enabling the streaming giants to see the commercial sense in commissioning “niche” shows that previously would have been swept under the table, where they know there is an audience. Data, though, is “not the overarching answer and from data, you will never get the full picture”. An algorithm, he said, “can’t understand a story or write a script but it can very easily look at structure in a way a human can’t”.