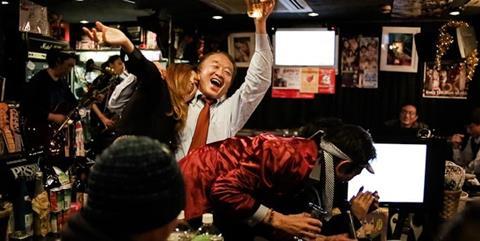 TIFF contemporary world cinema premiere Ningen, about a Japanese CEO under pressure to save his company, is the second feature from Noor directors Cagla Zencirci and Guillaume Giovanetti.

Portuguese drama Bobo, by Ines Oliveira, plays in the TIFF discovery programme. The feature follows two women who unite over their mutual desire to protect a child.

Also on the slate are Snails in the Rain by Yariv Mozer, Letters of a Portuguese Nun, Rene Feret’s The Film to Come, and US comedy Only in New York, in which a stand-up has a novel take on the Israel-Palestine conflict.

Plot For Peace, the feature doc about the end of Apartheid in South Africa, won the Special Jury award in Sheffield and the Best International Feature Documentary in Galway.

The Paris-based outfit will also be looking for pre-sales and financing on Johan Grimonprez’s documentary The Shadow World about the international arms trade. Deals have closed with a handful of broadcasters.